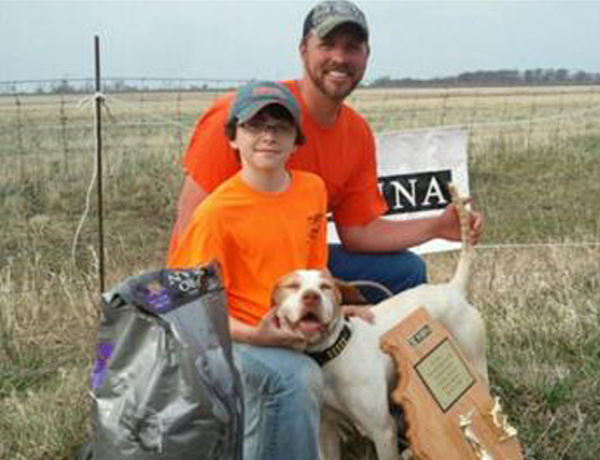 Just short of 9 years old, Cody had conquered many high expectation goals that were set for him. Aside from placing almost every weekend ran, Cody won 2 NI NSTRA regionals and was runner up 2 times as well. Cody had sired 6 litters and out of those 6 he had produced over 15 Shoot to Retrieve champions with multiple time championships. Cody also ran in 2 national trials and placed in the top 5 both times. Although we have lost a great dog and friend, Cody will never be forgotten. May his legacy live on. R.I.P. Cody “Swift Rock Copper”.